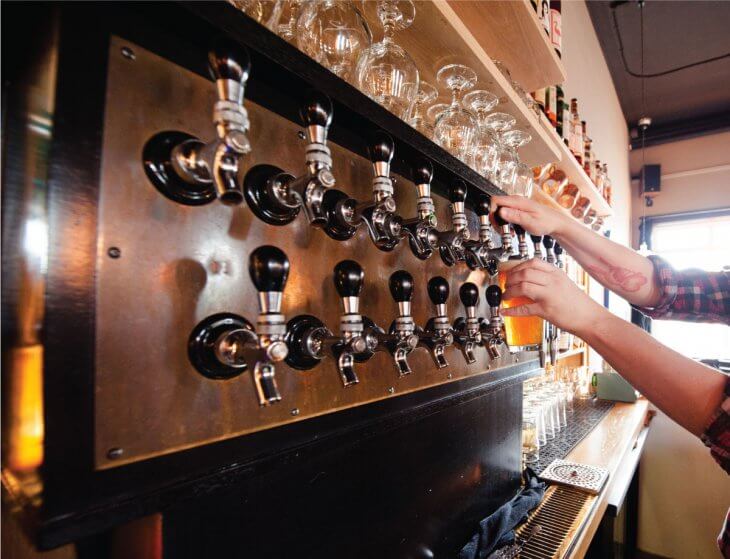 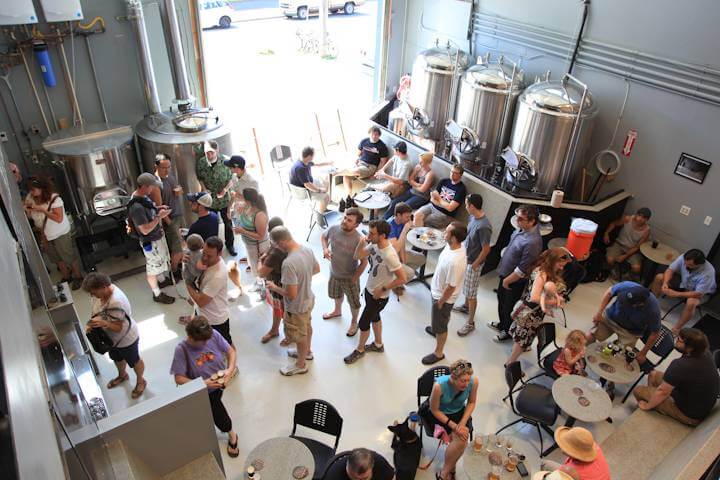 Seattle 3-Way IPA Release Party
When: Saturday, June 10th from 5pm to 9pm
Where: Reuben’s Brews, 5010 14th Ave. NW
What: Reuben’s hosts the 3-Way IPA festivities, and they’ll have plenty of Great Notion and Fort George on tap along with 3-Way IPA. Live music mix from DJ Draft Punk.
How: No cover with a chance of a laser light show. 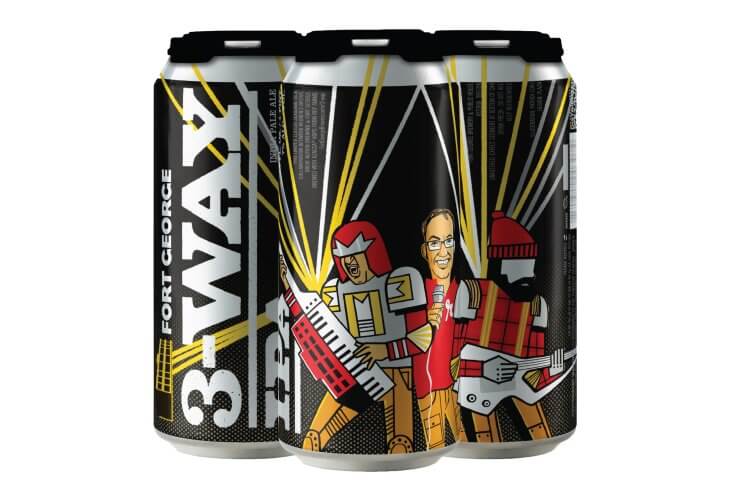 Fort George’s 3-Way IPA has become a signal for the start of summer. Once a year Fort George extends an invitation to two breweries, chosen for their mastery in the art of IPAs. The goal is to come together, exchange knowledge, forge lasting friendships, and along the way create an IPA that everyone is excited to drink. That collaboration is then brewed, packed into a brilliant new 16-ounce can, and sent out for the pure enjoyment of the Pacific Northwest.

This year’s 3-Way IPA collaboration has been in development since last year. The owner/brewers from Reuben’s Brews (Seattle, WA) and Great Notion Brewing (Portland, OR) traveled out to the far-northwest tip of Oregon in early November. As is tradition, guests were treated to the completely unique Astoria experience. While details of that night remain hazy, everyone was up and ready to meet the following morning.

Day two is when the real heavy lifting began. Hidden away among the aging barrels in the Lovell Building at Fort George, all three parties sat down to sample beer and pitch recipe ideas for this year’s 3-Way IPA. The general style was agreed upon: juicy, light in color, juicy & fruit-forward, extra juicy, with oats and wheat for a smooth, juicy mouthfeel. Hop varieties were recommended. Yeast strains were discussed. Each suggestion was offered with a corresponding beer sample. Trays and trays of glassware went back and forth from the Lovell Taproom until the meeting table was an obstacle course of crowlers and cans.

At the end of the day a consensus was reached. Azacca, X331 (now called Strata), Mosaic, and Citra were picked for the hop additions. And with months until the release date, multiple test batches were scheduled utilizing a variety of yeasts. Throughout the Beta IPA test batch process, seven small batches were brewed with hands-on participation from everyone. Copious notes were sent after every batch: subtle adjustments to temperatures, dry-hopping schedules, cuts in malts, can we make it more hoppy, CAN WE MAKE IT MORE JUICY?!? The participation among collaborators was unprecedented, and each batch was a chance to learn, refine, and perfect another pint.

This fruit-forward haze of Azacca, X331, Mosaic, and Citra hops plays on a balanced bassline of malt with a wicked unfiltered keytar solo. 3-Way IPA 2017 is a juicy collaboration that strikes a smooth, electric gold riff on a Vermont style.