If the air seems a little bitty stickier, perhaps that’s because it is. Late summer is thick with the scent of lupulin oils. By early September the bines are packed around the Pacific Northwest, full of this year’s crop of hops. The great thing about brewing so close to those rich hop farms, Fort George has access to the freshest hops in the country. And of course, the brewers do their best to share those wonderful flavors and aromas with you. 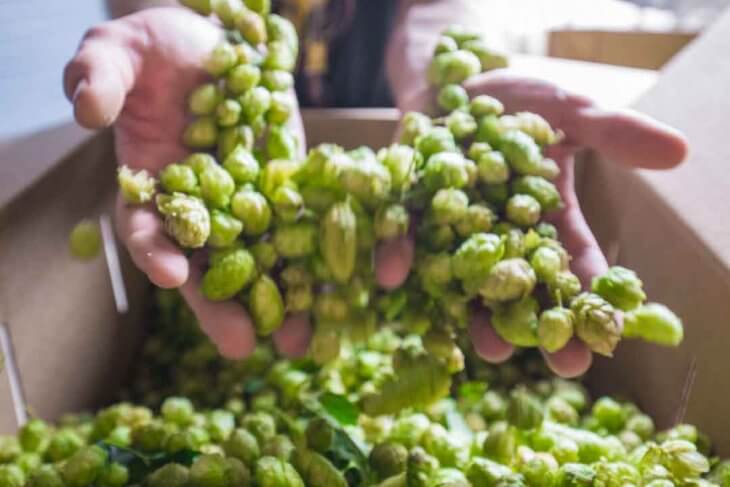 It all starts Wednesday, September 6th. Bring your homegrown fresh hops down to the Fort George deck and join in the CoHoperative Ale. Every year Fort George gathers hops from the community and brews a small batch beer. Any and all hop varieties are welcome – bring those fresh hops on the bine down and drop them on the deck or stick around and help pick them. All hop donors will receive a gift card worth one growler fill of CoHoperative Ale, when it’s released in the pub on Thursday, September 21st. Each batch is slightly different, depending on the hops that are donated. But you can be sure that this will be the most locally-sourced fresh hop beer you’ll have this year. 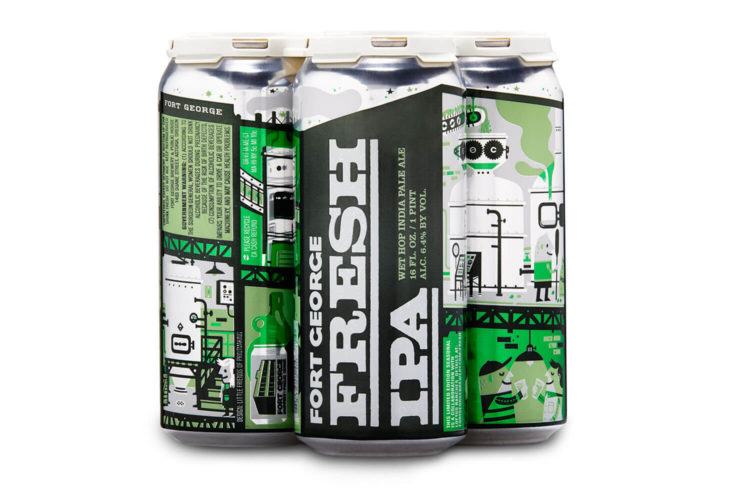 Next, get ready for Fresh IPA. This yearly 16-ounce canned seasonal is a one-time, limited offering. You’ll want to be on the lookout right after it releases. Each year Fort George drives it’s refrigerated truck out to a Northwest hop farm to pick up well over a ton of freshly harvested hops. This year the truck heads to the Perrault family farm in Toppenish, Washington. The clock is ticking once those hops are plucked from the bine, and Fort George wastes no time driving them back to the brewery and packing them into the tanks. Using a concise malt bill, Fresh IPA showcases exactly what you want in a wet hop beer – the bold and unblemished hop oils. Always a single-hopped beer, look for this year’s Fresh IPA to be loaded with Citra hops and available right around Thursday, September 28th.

You can taste Fort George’s fresh hop offerings at the following events:

Find Fresh IPA in 16-ounce four-pack cans and on tap at the brewery in Astoria, or at a location near you by checking the beer finder at fortgeorgebrewery.com/beerfinder/ (data on the beer finder may take a few days to post – always call ahead). Fort George beer is distributed exclusively in the Pacific Northwest.