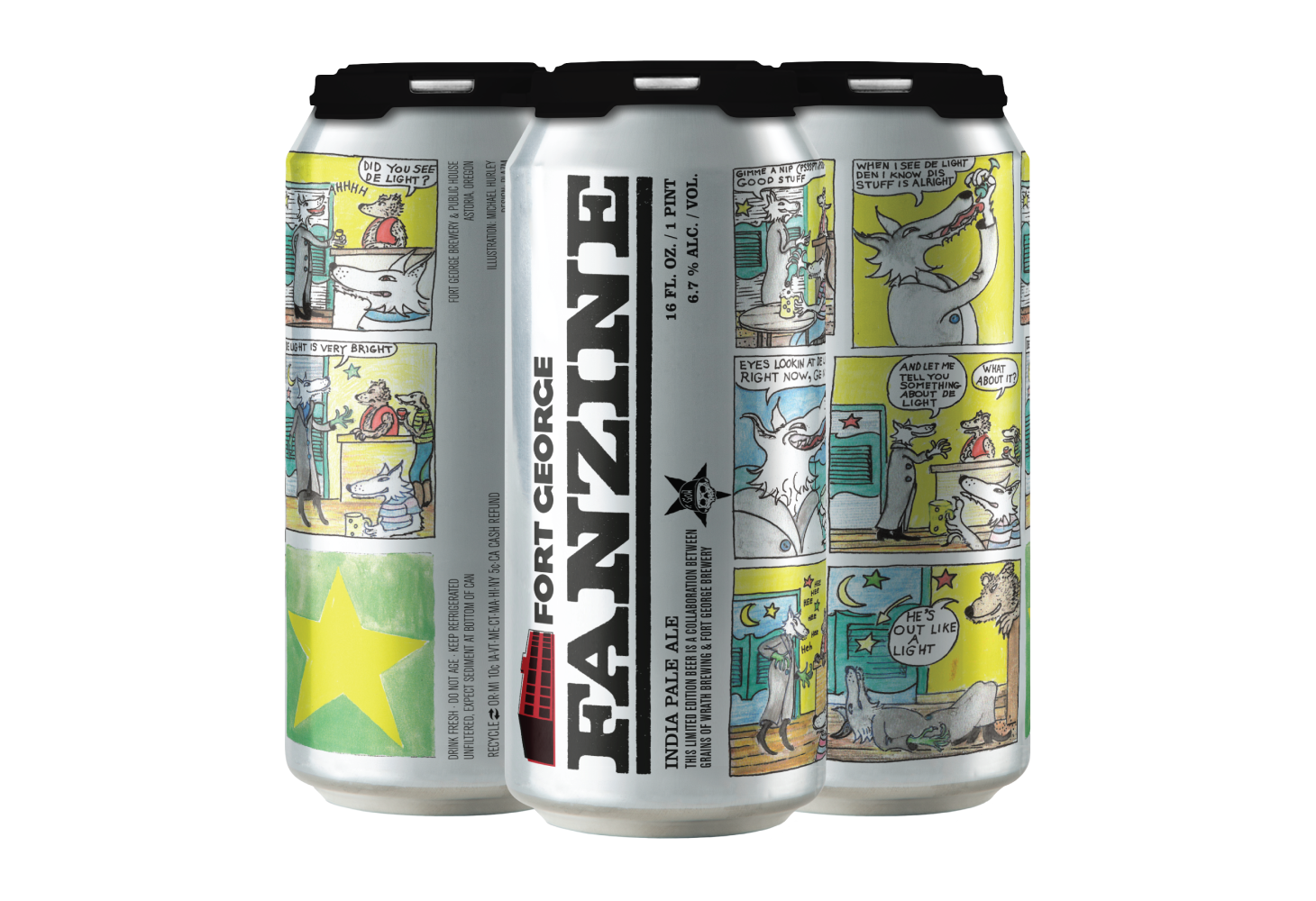 In an ever hazier world, West Coast IPAs have nearly gone the way of the landline and fax machine. As the condensation slowly evaporates from the window of the indie punk bookstore, Fanzine IPA comes into focus – a crisp, clear, West Coast style collaborative presentation from Fort George Brewery and Grains of Wrath Brewery.  Fanzines are deeply rooted in the DIY ethos of the fiercely independent, small run, self-published, xeroxed and stapled testaments to the object of a true fan’s reverence. The Fanzine IPA can features the art of independent folk legend Michael Hurley, who himself is the subject of a Fanzine. A piney bitterness backs up the heavy hop additions, with grapefruit and other citrus notes. Mild sweetness from the malt bill lingers with a taste of orange juice.

Brewed in collaboration with Grains of Wrath Brewing of Camas, Washington for the love of it. Crisp and Piney with a mild sweetness.