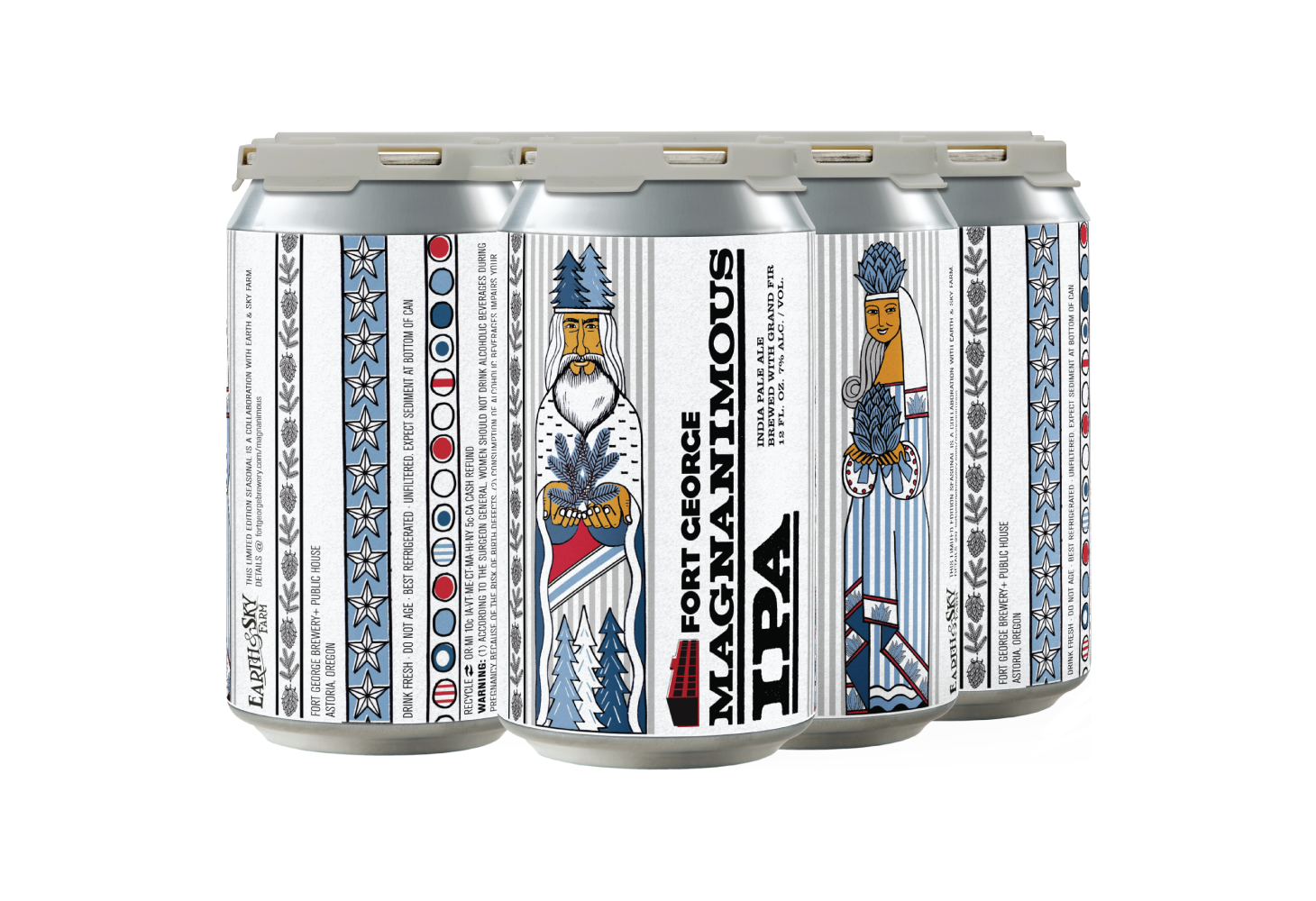 A Fort George Collaboration with Earth & Sky Farm of Oregon City. A bounty of hand-harvested fir tips is infused into each pint. First, we lined the mash tun with generous amounts of Oregon Grand Fir. Then we brewed a Northwest Style IPA with the piniest hop blend we could imagine. The result, a noble blend of piney hops and fresh evergreen aroma.

This was originally the Sweet Virginia Series beer for June 2015. Magnanimous IPA was brewed by Fort George co-owner Chris Nemlowill with some fir picking help from Tim Ensign. It became a yearly canned seasonal in November 2015.