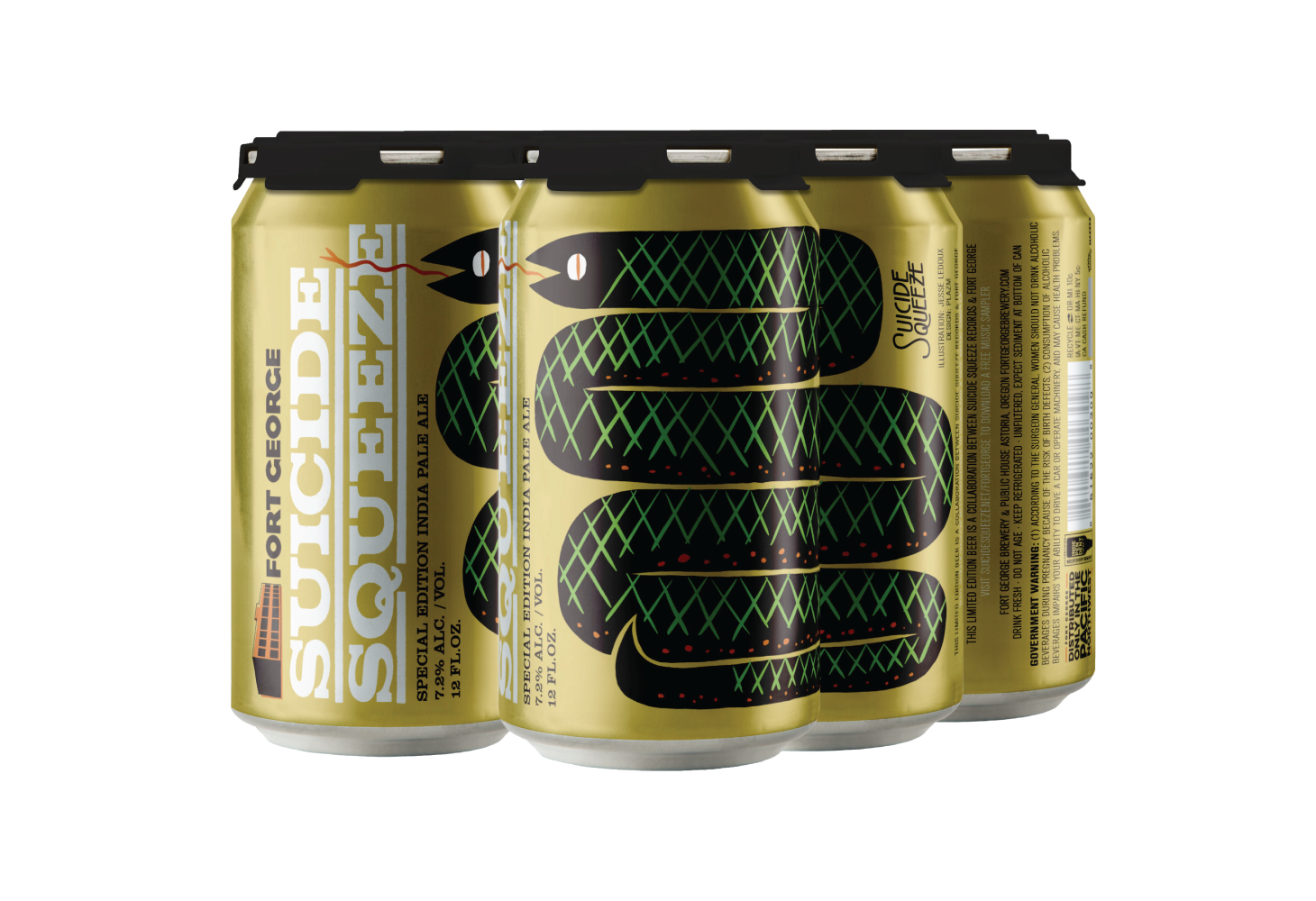 CIRIUSY, LUSH, CHOICE
In 2014 we released an entirely different IPA, a session with a similar name. Collaborating once again with Seattle’s Suicide Squeeze Records, the brewery has remastered the recipe in a big, big way. Artfully mixed like a 7” vinyl, Suicide Squeeze pops with Mosaic, Amarillo, and Citra hops. The can artwork is by Seattle based artist Jesse LeDoux, who won a Grammy for an album cover design for The Shins “Chutes to Narrow.” Suicide Squeeze cans are color-changing – the snake is green when cold, fading to gold as it warms while the red snake accents and building logo fades to gold as well. While you’re here, check out the Fort George and Suicide Squeeze Music Sampler.

Packed with Mosaic, Amarillo and Citra Hops and front-loaded with 2-row barley paired with deep cuts of specialty malt, this Northwest IPA is masterfully balanced.