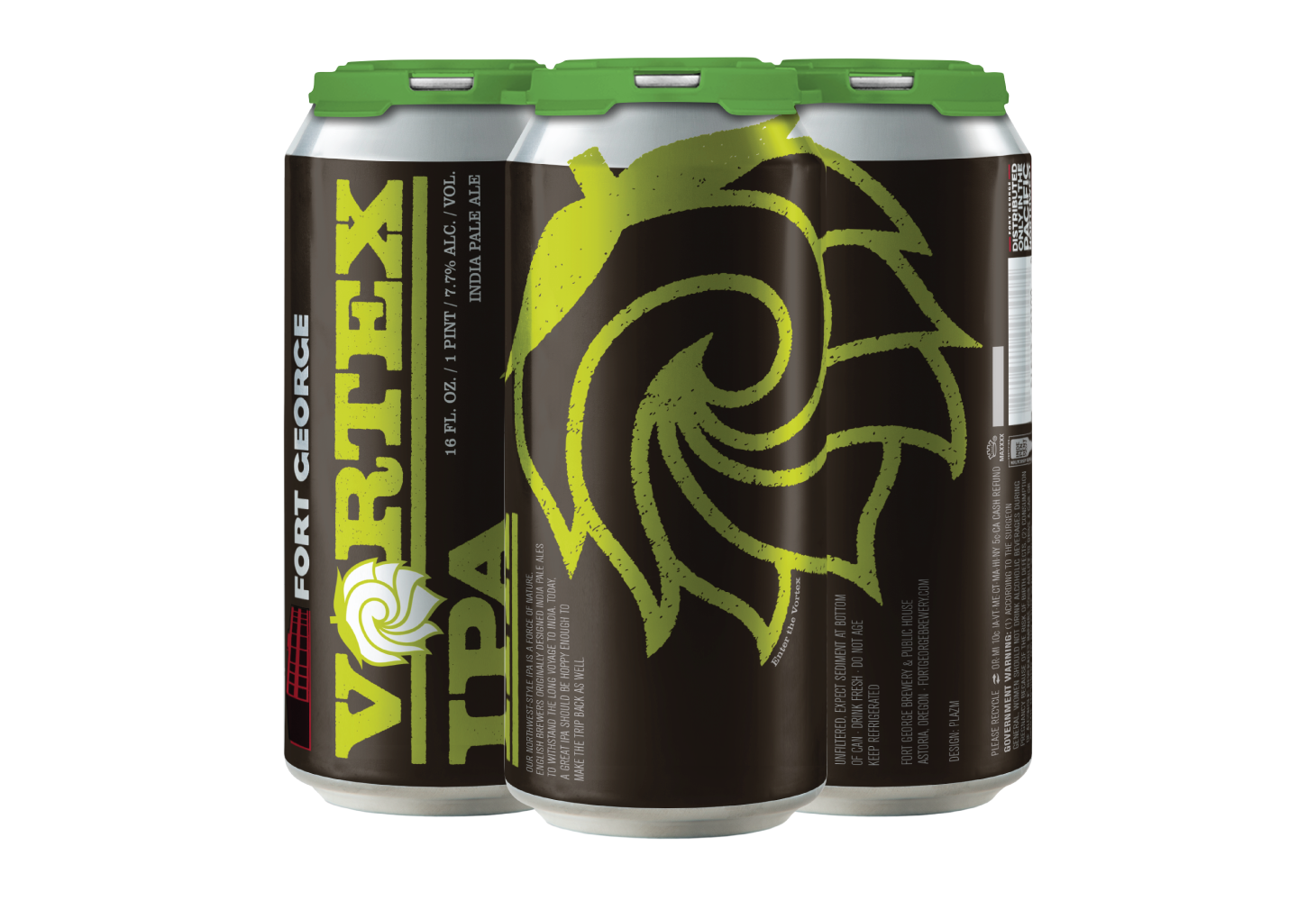 India Pale Ales were originally brewed strong to withstand the long voyage to India. Today, breweries concoct IPAs hoppy enough to make the trip back. Vortex IPA is Fort George’s contribution to the IPA arms race. Brewed with generous additions of Cascade, Mosaic, and Simcoe hops throughout the brewing, fermentation, and conditioning phases, and balanced with heaps of pale malt. We designed Vortex IPA not to rip the taste buds off of your tongue, but rather vigorously stimulate your palate with lupulin ecstasy.

Vortex IPA is named in reverence to the tornado that nearly scattered our Sweet Virginia brew system (the original pub system) among the cornfields of Nebraska, while en route from Virginia Beach to Astoria. To this day, Sweet Virginia remains a workhorse in the public house and we continue brewing Vortex IPA as our flagship beer.