To make something for the pure joy of it. That was the mission at Suicide Squeeze Records as they emerged from the 90s Northwest rock scene. Celebrating their 20th anniversary this year, the lineup has grown from regional indie rock bands into a diverse international array of artists. And yet that core tenant remains.

Co-owners Jack Harris and Chris Nemlowill took a similar approach when they founded Fort George Brewery. Rather than adapting to style guidelines or industry standards, they opened the public house with a goal to brew the best beer you’ve had today. And starting in early April that beer is Suicide Squeeze IPA *Special Edition.

Suicide Squeeze IPA is back with an updated look. For *Special Edition the can has gone gold, and Grammy nominated Seattle artist Jesse LeDoux has enhanced his iconic snake design with thermochromatic ink. “The snake dies when the can is warm and comes alive when it’s cold,” Jesse explains. “If someone hands you a can with a lifeless snake, you may want to ask them to chill it out for a while.” 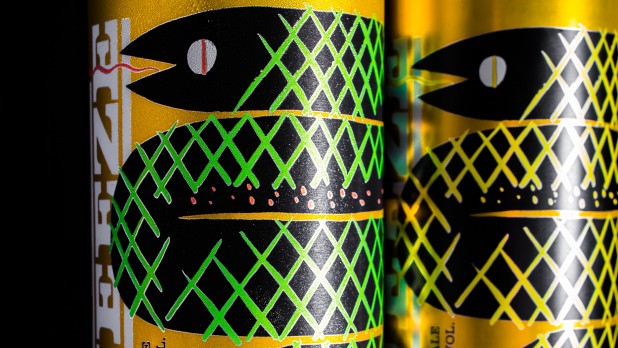 This is not the same session IPA from 2014 – the brewery has remastered the recipe in a big, big way with a solid 7.2% ABV. Artfully cut like a 7” vinyl, *Special Edition pops with Mosaic, Amarillo, and Citra hops. Front loaded with organic 2-row barley and layered with deep cuts of specialty malt, Suicide Squeeze IPA presents the craft audience a balanced, full sensory experience.

On Friday, April 29th, Porchlight Coffee & Records in Seattle hosts the Suicide Squeeze IPA release party. Musician Michael Nau will be performing songs from his new LP, Mowing, for the first time in Seattle. Doors open at 7pm with music starting at 8pm. And join the after-party, with more Suicide Squeeze IPA *Special Edition on tap, at The Pine Box around 10pm.