The Fort George Magnanimous Mug Awards were handed out on Tuesday, November 27th, with twelve members of the community raising funds for a dozen nonprofits. Altogether, their efforts brought in just under $77,000. With an additional $16,000 added by Fort George, this Benefit Night raised a total of $92,972 for twelve local causes.

“It’s such a positive experience to see the whole community come together and lend a hand, and some cash, to these great nonprofits,” remarks Brad Blaser, the organizer of Benefit Night at Fort George. “I’ve gotten to know many of the participants over the years, and I see the time and effort they devote to making the North Coast someplace special. And that was the goal with Benefit Night, to give back to the community that has supported us.”

Out of the twelve participants, Jorge Gutierrez with the Lower Columbia Hispanic Council finished third in the fundraising, with Merianne Myers of the North Coast Food Web coming in second, and Dan Stein and the Astoria Armory hoisting the Magnanimous Mug. Dan raised over $29,000 for the historic landmark, with an additional $10,000 contribution from Fort George bringing that total close to $40,000. 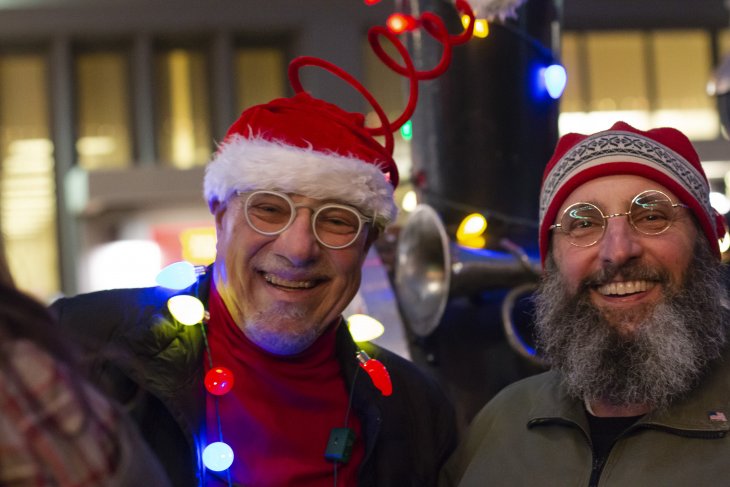 “Dan will also receive the Magnanimous Mug, which is part of our Mug Club,” Brad explains. “And although Dan is not a beer drinker, he’s been assured he can still put his diet soda in there.”

Fort George Benefit Night is held on the last Tuesday of every month, with the exception of holidays. Join the Wildlife Center of the North Coast, upstairs at Fort George on Tuesday, December 18th, for the next fundraiser.