Fort George is bringing back the 4th of July 3-Day 3-Way in Astoria, but this year they’re adding a beer party on the block. It’s a courtyard celebration with hand-picked beers on tap from every 3-Way IPA collaborator: Lompoc, Gigantic, Block 15, Boneyard, Georgetown, and Pfriem. And you’ll be able to enjoy fresh batches of all three years of Fort George 3-Way IPA, assembled in one location for the first time ever. 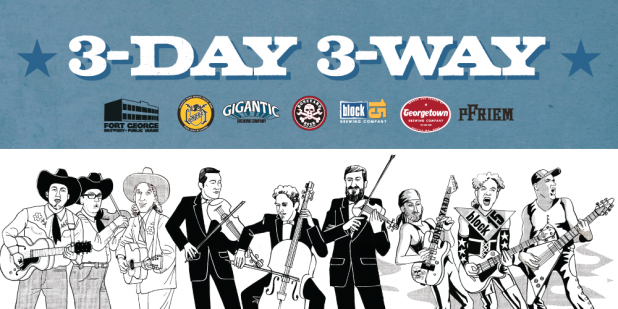 Live music from 5pm to 10pm with The Sam Stoners, Michael Hurley, The Resolectrics, and the Quick and Easy Boys.

Buy your festival cup a day early in the Taproom – $10 for the cup and your first fill. Then prep your palate with a taster tray loaded with beers from previous 3-Way IPA collaborators.

Live music from 2pm to 10pm with Kelsey Mousley Band, Aaron Mark Brown and his band, James Kindle and the Eastern Oregon Playboys, The Quick and Easy Boys, and Tango Alpha Tango.

The 3-Day 3-Way IPA party begins in the courtyard (*festival cup required for these beers*). Select picks from Gigantic, Lompoc, Boneyard, Block 15, Georgetown, Pfriem, and Fort George, all chosen by the brewery owners. Taps pour at 2pm following the singing of The Star-Spangled Banner.

On tap in the courtyard:

Fireworks over the Columbia River at dusk.

Live music from 5pm to 10pm with Dedric Clark and the Social Animals, Jamie Leopold and the Short Stories, Tim Snider, and The Brownsmead Flats.

Plenty of 3-Way IPA collaborator guest taps in the Taproom, plus all three years of 3-Way IPA. Growler fills and taster trays. Brewery games in the courtyard, including a corn hole tourney. 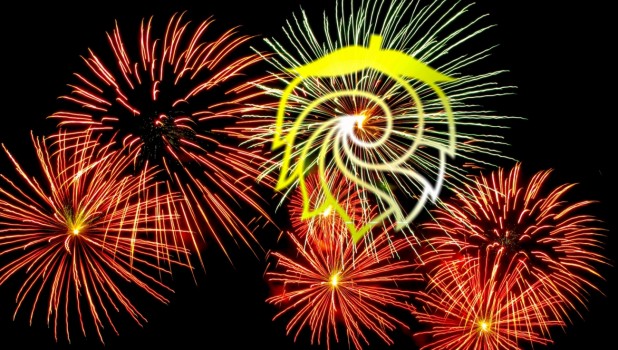 If you have 4th of July plans already booked, you may need to cancel them. Fort George is not responsible for any non-refundable deposits or cancellation charges that you may incur. Consider this the price of freedom.

All areas of Fort George Brewery – Upstairs, Downstairs, and the Taproom – will be open for business as usual. The 3-Way IPA party in the courtyard on Saturday is cash only, festival mug required for tasting. Live music is your right – never a cover.

Unlike three-way jokes (which never get old), 3-Way IPA should be as fresh as possible. The small batch, draft only re-brews of 2013 and 2014 3-Way IPA are available only on the coast, and they will go quickly. Don’t dawdle.

There are no pre-sale tickets, lanyards, badges, saved spots in line, or passes. Party cups will be available starting Friday, July 3rd in the Taproom.

Book your rooms, buy your bus tickets, or start hitchhiking now. This is an Independence Day celebration of 3-Way IPA you do not want to miss. Happy birthday to America.