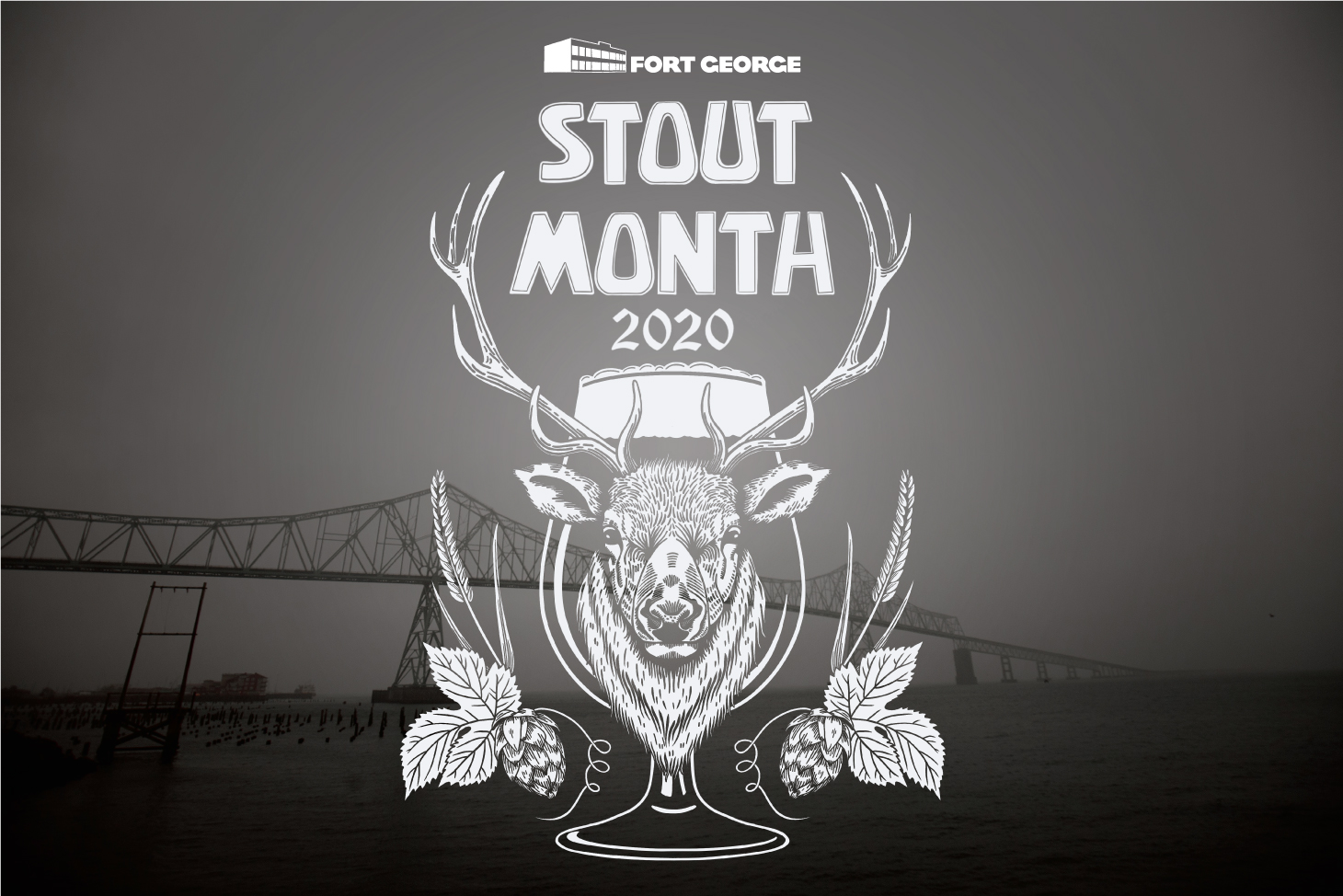 February on the Oregon Coast just got a whole lot darker. Stout Month at Fort George lasts a full 29 days in 2020, thanks to the leap year. Stout lovers will have an extra 24 hours to taste an array of unusual stouts, immerse in dark arts, and revel in the release of barrel-aged Matryoshkas.

“I started Stout Month because as a new brewer I loved making stout,” said Jack Harris, co-owner of Fort George. “It just seemed like a style with endless amounts of opportunity to put different spins on it.”

Brewers looked to the darkest corners of their recipe books to prepare for this year’s Stout Month. They selected cacao nibs and coffees, cardamom, and sea salt for their inky creations. The resulting stouts will be on tap throughout the Fort George block in downtown Astoria every day in February, with new releases coming out every Saturday.

On the heels of the sold-out Festival of Dark Arts, stout lovers will gather for The Aftermath on February 16. There, six new Matryoshka variants aged in Westward Whiskey and Bourbon barrels will debut. Matryoshka Vertical Week deepens the darkness February 22–29.

Harris started his first Stout Month in 1992 at Cornelius Pass Roadhouse, while working for McMenamins. “I carried it with me to The Lighthouse Brewpub in Lincoln City and then to Boulder, Colorado,” he said. “I also imposed Stout Month on Bill’s Tavern in Cannon Beach for nine years before bringing it up here to Astoria.”

Blind taster trays let visitors try a variety of stouts with their senses fully engaged. “Stout takes a lot of the visual cues out of the beer,” according to Harris. “It makes you rely on your nose and taste buds to explore it without preconceptions your eyes dictate.”

He adds that you can learn from looking at a stout—how dark it is, how thick it is, how tiny the bubbles are—but mostly, “You get to let your mouth tell you what the beer is.” 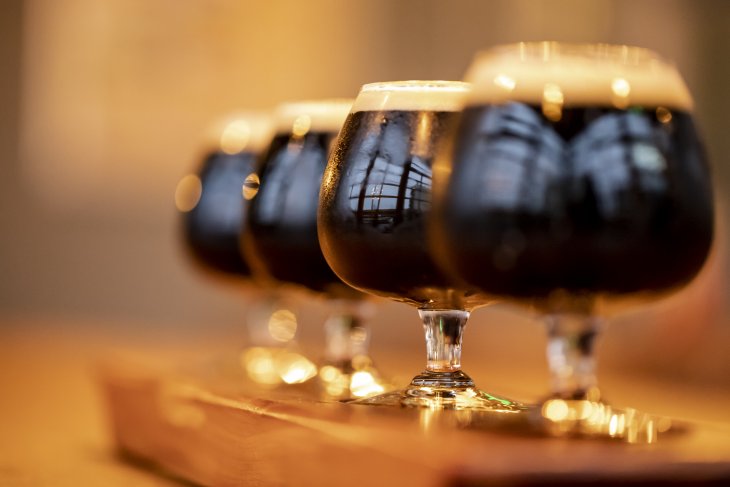 This year, Fort George will release more stouts than ever before. Playing on the brewery’s spidery Cavatica theme, releases range from Itsy Bitsy—a light and dry Irish Stout—to an imposing Wolf Spider aged in Laphroaig Scotch Whiskey and Buffalo Trace Bourbon Barrels. A smoked maple stout goes by the moniker Book of Shadows and Ice cream lovers will gravitate to Spumoni Stout, complete with pistachios and cherries. Staff are available to help stout lovers make selections or dive right into a blind taster. You can check out our entire Stout release list below.

Made to Order – Imperial Coffee Stout brewed for the Holiday Ale Festival – 12.5%

The day after Festival of Dark Arts is known as The Aftermath. On this day the Fort George campus will reopen to the public at noon. New Stouts will be released, but Barrel Aged fans will rejoice in the release of Matryoshka – our seasonal Barrel Aged stout. This year, six variants aged in Westward Whiskey and Bourbon barrels will be released. No tickets or reservations necessary.

On Saturday, February 22nd, keep an eye out for 4 different Matryoshkas from 2017 – 2020 on tap lists around the block. Matryoshka specific Taster Trays will be available. 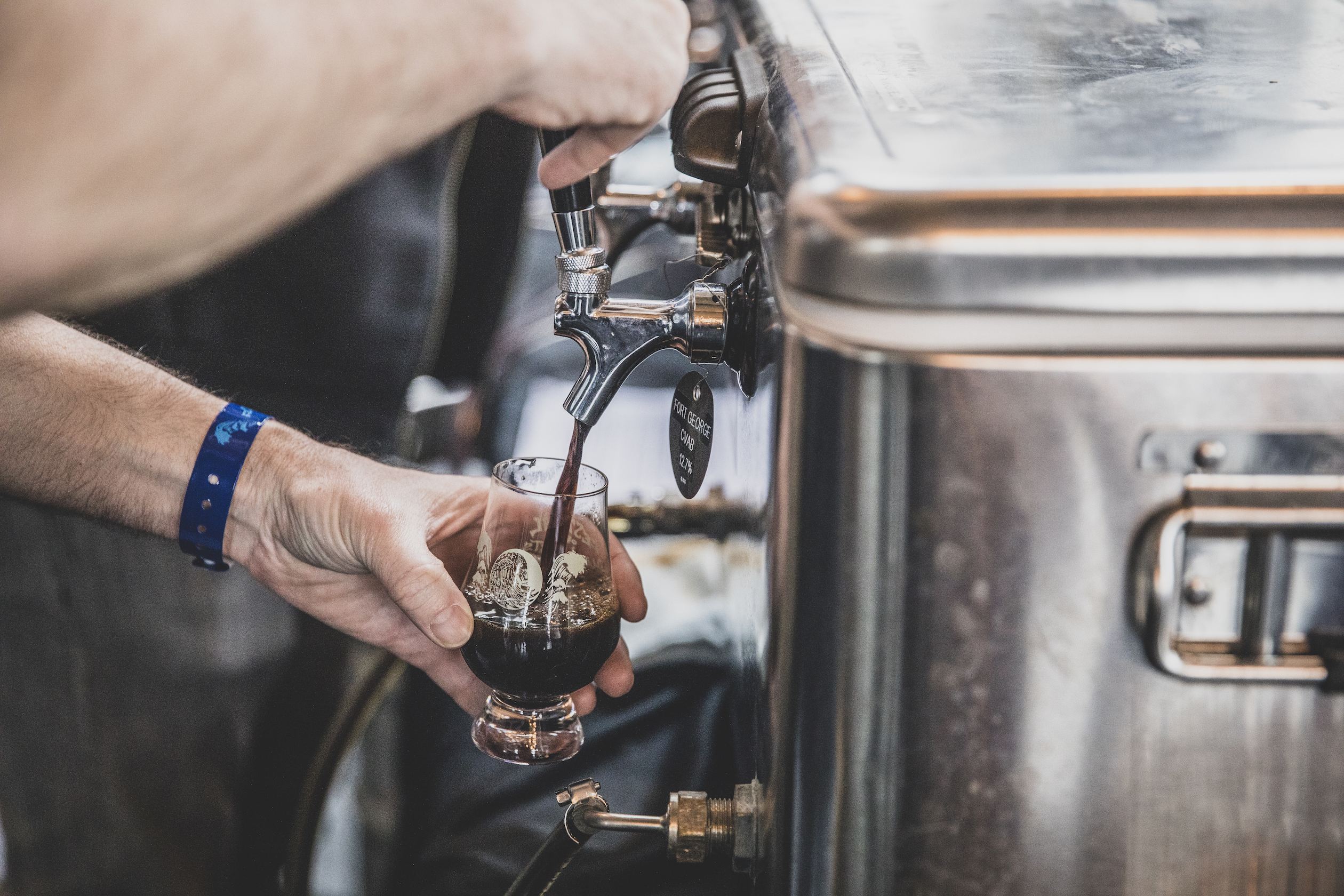 Every year for one dark day, Stout lovers gather at the brewery to enjoy craft, art, entertainment, and dozens of limited-release stouts. Tickets to February 15th‘s Festival of Dark Arts 2020 sold-out record fast, but thanks to the leap year, there are still 28 other days of darkness this Stout Month. On any day in February, the tap lists at Fort George will be overflowing with dark and delectable beers.

For those scheduling out next year: Festival of Dark Arts tickets always go on sale on Black Friday, and the Festival is always held on the Saturday of Presidents Day Weekend.

Festival of Dark Arts ticket holders can check-in and get their festival packets beginning at 9 am on the 15th. More information on the Festival can be found here.

Pair your stouts with music every week during Stout Month. Head to the Upstairs Pizzeria every Sunday at 8 pm. All ages welcome – never a cover.

Band of Comerados – Portland, OR

The Hackles – Astoria, OR

Keep an eye on our Facebook page for updates on Stout Month events happening around the Pacific Northwest.