Astoria’s newest restaurant will only be open for a few hours. Serving a menu that highlights local seafood, Olympia Oyster Bar will take over the upstairs restaurant at Fort George this Thursday.

“To be able to cook in their space and use their wood-fired oven—I’m really excited!” said Maylin Chavez, owner/chef of Portland restaurant Olympia Oyster Bar. “Seafood is such a beautiful and delicate ingredient. It pairs so well with live fire.” 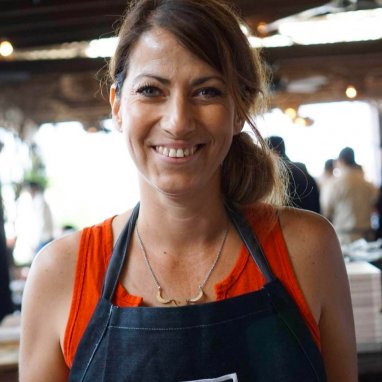 Chavez brings a light touch to seafood. Originally from Tijuana, Mexico, on Baja California, she grew up “going to the beach and getting clams, like we do here on the Oregon Coast. My food is very much Baja infused: clean, bright, acidic layers of flavor. I don’t cook a lot with butter, or animal fat at all.”

“Being able to roast off in a beautiful wood fired oven adds another layer,” she enthused. “Aromatics of charcoal, fire, wood, a hint of char and a hint of caramelization—it enhances the natural brininess and saltiness of sea ingredients.”

Oysters will be on the menu Thursday night, of course, but Astoria diners can look forward to a variety of dishes from soup to ceviche. Local seafood is the star of Chavez’s show, heightened with elements like smoked goat butter and white mole (molé blanco).

Chavez looks forward to selecting pairings with Fort George executive chef Jeff Graham (pictured below). She’s thinking of a Belgian-inspired ale to go with her Thursday takeover menu, and other beers with “light, happy notes and bitters” that play well with her “citrus forward, acid spice” seafood. 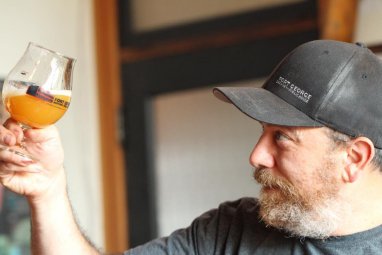 Also featured for pairing will be a stout. “Oyster Stouts are very popular up here,” she said. “We’re going to play around with those flavors.”

Both tide-tumbled and beach-cultivated oysters will be on hand, including Olympia oysters from Washington Baywater Shellfish farms. Hama Hama Oyster Farm in Lilliwaup will provide Blue Pools and Hama Hamas.

“Olys” are diminutive, with an unusual earthy taste—the only oysters native to the West Coast. Prized by environmentalists and oyster fans alike, Olys are harder to find and harder to grow than the common Pacific oysters that replaced most of their habitat.

The Power of Place

When it comes to food and drink, Chavez holds a deep belief in the power of place. She loves the bounty of locally sourced foods available in Oregon, but also brings her Baja background and her father’s heritage in Central Mexico to her dishes. 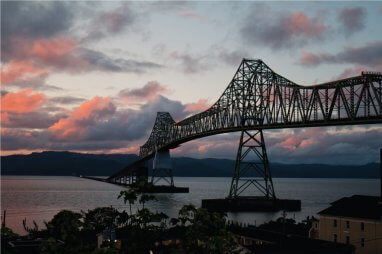 “I love Fort George, and I carry their beers here at the restaurant in Portland,” Chavez said. “I feel like they’re a landmark that also provides a space for people to explore and experience the historical aspects of Astoria. Their beers are reminiscent of their environment.”

While in town, she’s excited to get a feel for the city, the pier, and the cannery. “I grew up by the water,” she explained. “Anytime I can do anything at the Coast, for me it’s my happy place… I’ve been blessed to explore the Coast, working with fishers and divers and chefs out there.”

Kitchen takeovers can be pretty wild for the host. “It’s intense,” said Graham, Fort George’s executive chef. “It’s really fun. My crew works for the visiting chef. I have a feeling I’ll be shucking a few oysters.”

He suspects he’ll learn better technique with Chavez. “It’s amazing what you can absorb from someone who’s really, really good at what they do,” he said.

“I’m stoked to give her a place to work for the night, to show off her style,” Graham said. He met Chavez through Food Roots NW in Tillamook, an organization he admires for getting local growers and producers into market. “She’s pretty fantastic. Her energy is captivating.”