You’ve heard the buzz for years, but finally the story can be told. The Goonies 2 is coming to the big screen, reuniting most of the original cast from this 80s cult classic. And much of this sequel will be filmed in downtown Astoria at Fort George Brewery.

“This is a huge honor!” exclaims Jack Harris, co-owner of Fort George. “Not only being chosen as a location for the next Goonies, but to be at the very heart of it. I’m truffle shuffling with excitement!”

“They approached us a few years ago,” adds co-owner Chris Nemlowill. “At first I thought it was a joke. But then scouts showed up and the phone kept ringing. Martha Plimpton even came to my daughter’s birthday party. Never say die, I guess.” 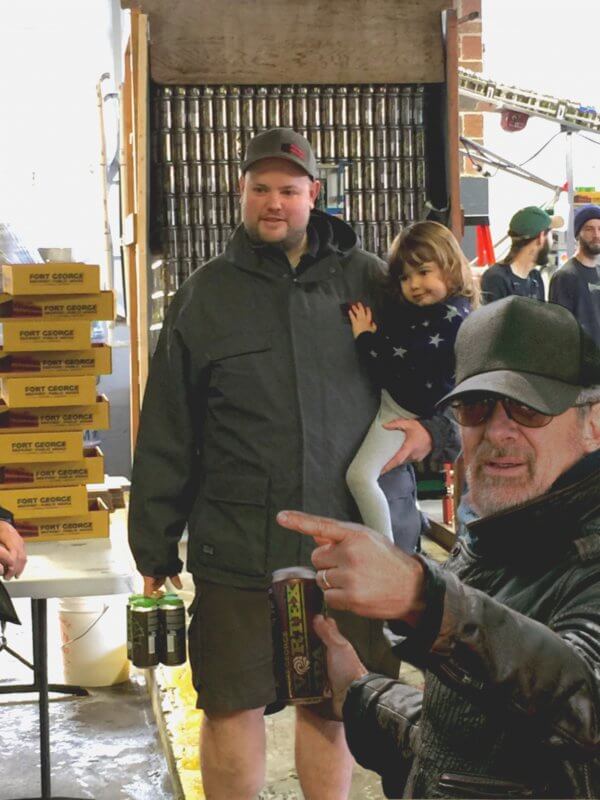 Chris Nemlowill shows the producers of The Goonies 2 around the brewery.

The sequel will follow up on The Goonies, who are fully grown and prominent members of the community now. Lawrence “Chunk” Cohen (Jeff Cohen) and Clark “Mouth” Deveraux (Corey Feldman) founded Goonie Brewing, built on their immensely popular Goon Bock Lager. But things eventually start to sour. Due to his extreme gluten intolerance, Lotney “Sloth” Fratelli (portrayed by Mickey Rourke) runs for Mayor of Astoria with a single campaign promise – to shut down all brewing in town. And that’s where the hilarity ensues.

Also reprising roles are Jonathan Ke Huy Quan as Head Brewer “Data” and Joe Pantoliano as Francis Fratelli, the ruthless campaign manager. Look for cameos by Cyndi Lauper as “Cyndi Lauper,” Dustin Hoffman as “Captain Hook,” and an original motion picture soundtrack by Three Doors Down. Filming is set to begin next spring.

“There will be some disruptions in the pub and it looks like we’ll have to cancel 3-Way IPA for 2019,” Jack explains. “But I get to be a Fratelli Brother. Jack Fratelli. Totally worth it.” 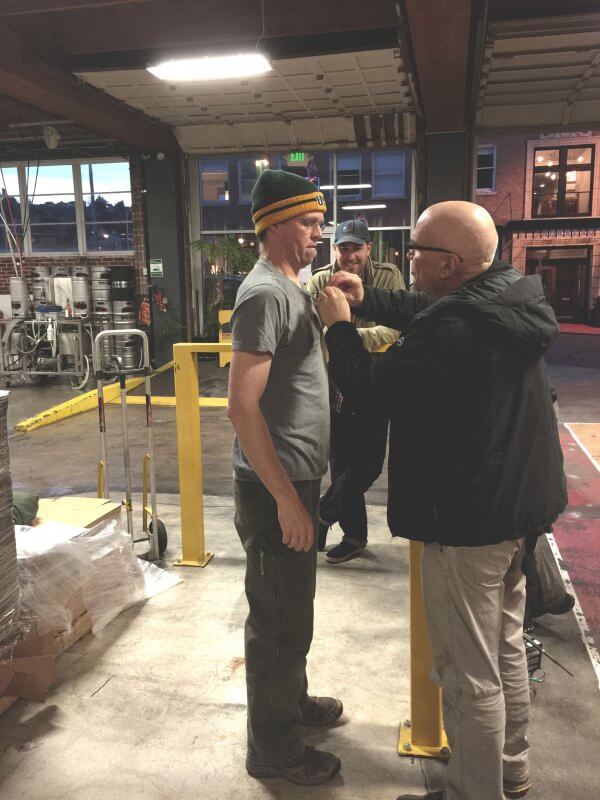 Co-owner Jack Harris gets mic’d up for his screen test.

Although not a speaking role, Fort George co-owner Chris Nemlowill will also make an appearance as pub patron #40.

Watch for The Goonies 2: Intolerant Sloth in theaters by April Fools’ Day 2020.