In the wake of all things closed, Erik Clampitt (Golden Promise, Hook & Anchor) and Michael Sharbatz (MD Sharbatz band, Brownish Black) got together as neighbors on opposite sides of Woodlawn Park and began putting together a set of classic country covers to entertain themselves and those in earshot from Clampitt’s backyard. Matt Buetow (Matt Buetow band) joined them adding some of his favorite songs to the mix. Together they developed their three-part harmony singing and performing around the fire and on Dekum Ave, where they met Perry Stauffer, another Woodlawn resident, who joined them on upright bass. Now a four-piece, the Woodlawn Ramblers can be found rambling around Woodlawn and other parts of Portland, sharing their versions of country classics to an unfolding Portland street scene, ready to hear live music, once again. 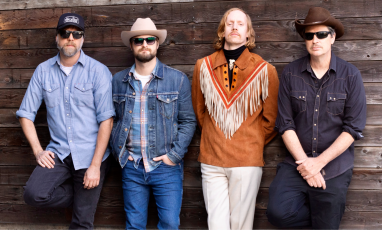 Catch the band when they hit by the Fort George Courtyard on June 13th, 6-8 pm!