The Hackles are Luke Ydstie and Kati Claborn. They met in 2008 at band practice and have been playing together most days since then. When not playing as a duo, they perform with a variety of projects including Blind Pilot, The Alialujah Choir, and Hook & Anchor. They live in Astoria, Oregon with their daughter and cat. 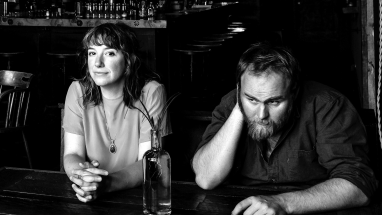 Catch the band when they hit by the Fort George Courtyard on June 6th, 6-8 pm!