Michael Hurley could be called the godfather, or grandfather, of ‘freak-folk” but the Oregon-based singer, songwriter, artist, and storyteller’s roots go back to his childhood in rural Pennsylvania and early forays into New York City, where he found kindred spirits like Peter Stampfel, Sam Shepard and the Holy Modal Rounders. The 2019 inductee into the Oregon Music Hall of Fame has, in recent years, been embraced by the likes of Devendra Banhart and Byron Coley, both of whom have released his albums on their labels. But all along, Hurley has marched to his own drummer, as a truly original American artist. 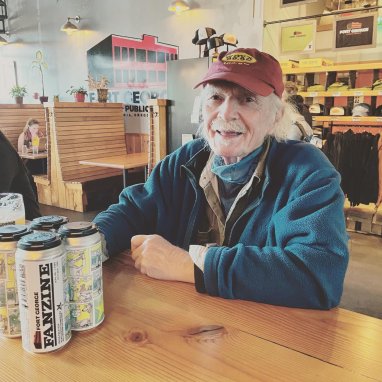 Catch Michael when he hits the Fort George Courtyard on July  18th, 6-8 pm!