Yes, Astoria may be odd. But it’s also home to the Astoria Odd Fellows Building, which is currently competing in a campaign called Partners in Preservation, an initiative created by the National Trust for Historic Preservation and American Express to engage the public in preserving and increasing awareness of America’s historic places and their role in sustaining local communities.

With Odd Astoria, Fort George is looking to lend a little help to their campaign the best way we know how – through beer. This whiskey sour-inspired ale was aged in Westward Whiskey barrels with Meyer lemon peel and tart cherries. While that may seem unusual, there is absolutely nothing odd about the taste of this beer. It’s utterly delightful!

The 2019 Partners in Preservation: Main Streets campaign will have a special emphasis on historic buildings and sites that celebrate the contributions of women in Main Street communities across America. The campaign invites the public to #VoteYourMainStreet to determine which sites will receive $2 million in preservation funding from American Express – which includes downtown Astoria’s Odd Fellows Building.

Cast your vote (every day until October 29th) and help the Odd Fellows Building secure this grant. Go to www.VoteYourMainStreet.com/Astoria or TEXT ‘MainStreet” to 52886 [standard rates apply].

Then come down to the brewery on Saturday, October 19th and pick up a bottle or case of Odd Astoria. This Sweet Virginia Series bottle is very limited and only available at the brewery. 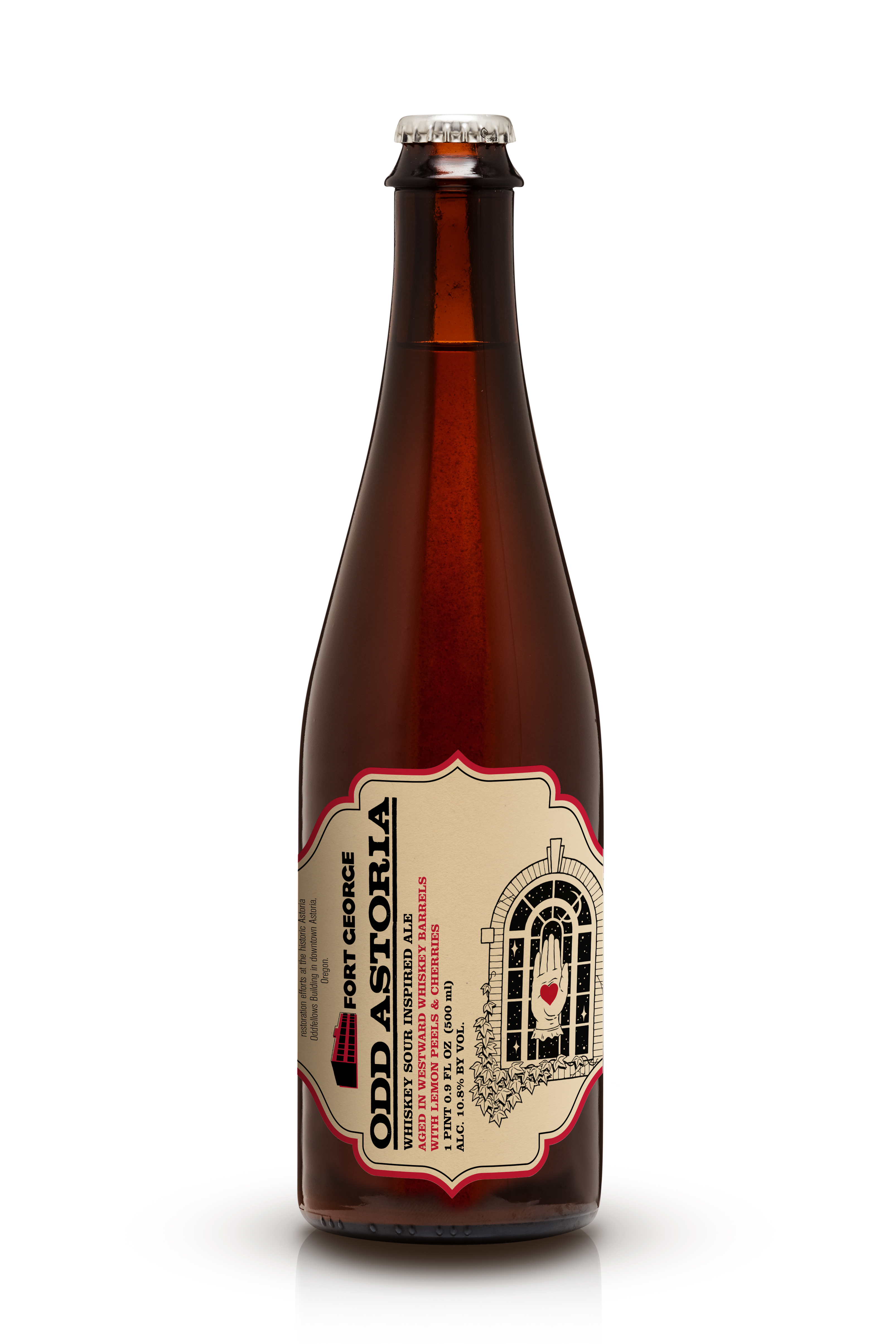