This presentation by women’s history author and CCC Writing Instructor Marianne Monson will retrace the contributions that Dr. Martha Hughes Cannon made to the broader debate over U.S. women’s suffrage examining the complexities and controversies of her life, including a surprising connection to Oregon.  Martha Hughes Cannon broke barriers for women by graduating from University of Michigan Medical school, then joined the fight for suffrage. She spoke at the Columbian Exposition in Chicago, testified on women’s suffrage before Congress, and participated in national suffrage conventions. She ultimately ran for the state senate against her husband and succeeded, thereby becoming the first female state senator in the United States in 1896, decades before women could vote nationally.

Presenter Marianne Monson received her MFA in Creative Writing from Vermont College of Fine Arts and a Masters in English pedagogy from Pacific University.  The author of twelve books for children and adults, Monson’s recent efforts present topics related to women’s history in the frontier era including Frontier Grit (Shadow Mountain 2016), Women of the Blue and Gray: Civil War Mothers, Medics, Soldiers, and Spies (Shadow Mountain 2018) and her most recent release: Her Quiet Revolution: a Novel of Martha Hughes Cannon, Frontier Doctor and First Female State Senator, also by Shadow Mountain press. She has taught English and Creative Writing at the community college and university levels and joined the faculty at Clatsop Community College in 2017. She is the founder of The Writer’s Guild, a literary nonprofit, and writes from a 100-year-old house in Astoria, Oregon. Come hear excerpts from her new historical fiction, enjoy a slideshow, and learn the compelling personal history of Martha Hughes Cannon, a truly impressive American woman. 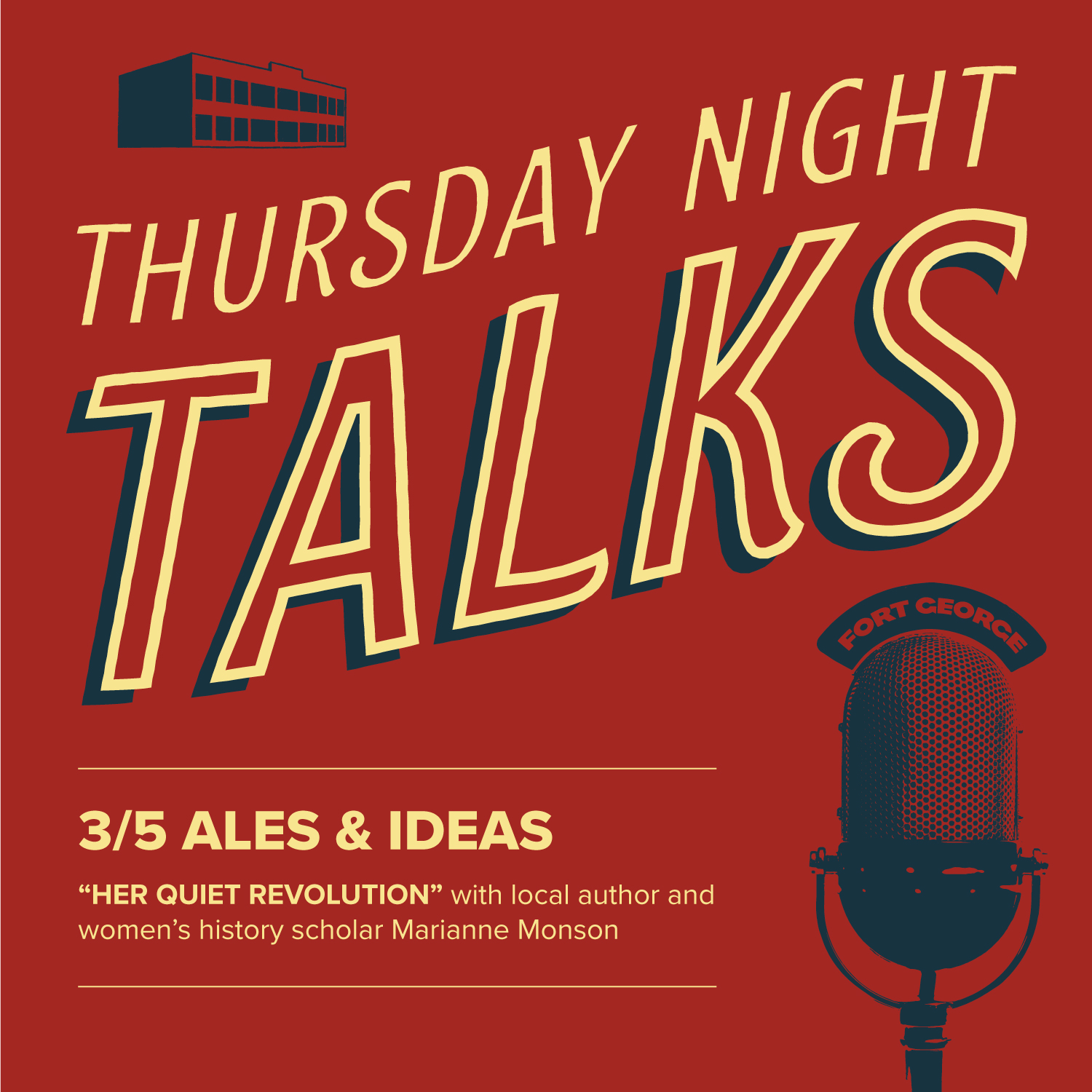 Ales & Ideas is brought to you on the first Thursday of each month by Clatsop Community College. Doors to the Lovell Showroom open at 6 pm. Food & beverages are available through the Taproom. All ages are welcome and never a cover.