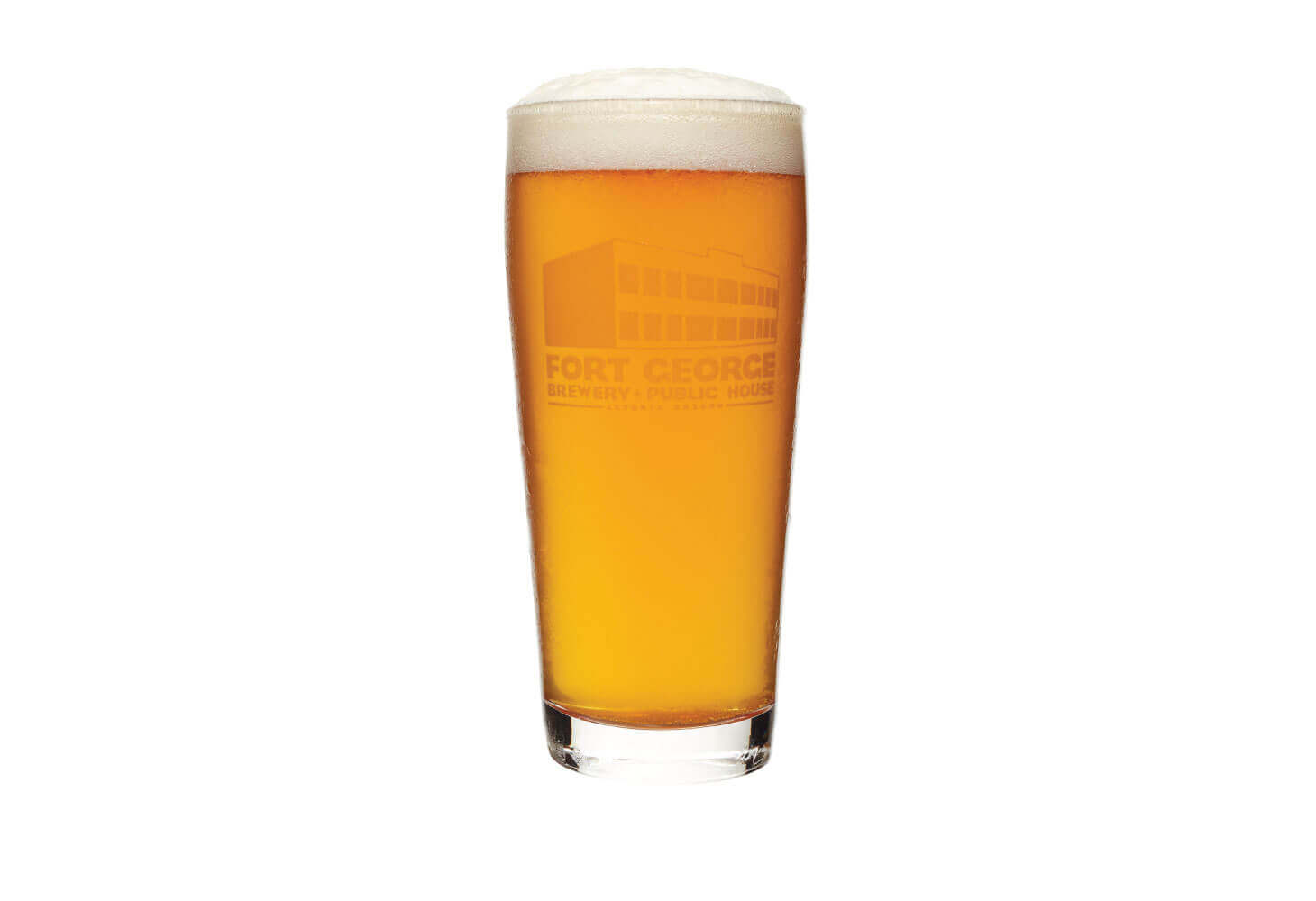 At Fort George, we are always attempting to evolve. We do constant research (tasting new beers) and like to try new things (send us more beer). Beta IPA is a small batch series that allows the brewers to test new techniques, recipes, and ingredients. These test batches help hone recipes, and quite often become new canned seasonals.

With each update, let us know what you think. Beta IPA testers are always needed.

The Beta IPA 16s are test batches for 3-Way IPA (2018), a collaboration with Modern Times (San Diego, CA) and Holy Mountain (Seattle, WA). The first three batches were all tapped in February 2018. Once again, the yeast is the focus on this year’s 3-Way IPA recipe, although the brewers are experimenting with new techniques and a few new hop varietals. They’ll be brewing Beta IPA 16s through early April 2018, before making any final decisions. Make sure to sample as many as you can and leave your feedback. The collaboration moves to the Little Miss Texas system in the Lovell Brewery for the summer.

This was the test batch for City of Dreams. While it is labeled a Pale Ale on the can, this pillowy concoction is as hoppy as any IPA. There is no Beta Pale Ale series at Fort George.

Playing around with old school and new school hop flavors to make a solid, hearty IPA. Malt backbone and citrusy, piney aromas in a straight-forward riff on a Northwest IPA.

Strong and full of Chinook, Citra, Mosaic, and Amarillo hops, the Beta IPA 13s used a few “secret ingredients” and “proprietary techniques.” Other than that, there’s not much more information. The brewer’s lips were sealed. These kegs were available in Summer 2017.

The yeast was the focus in this Beta test batch. At least eight small batch brews were done from November 2016 to April 2017, as the three breweries in the 3-Way IPA (2017) collaboration dialed in the perfect recipe. Several types of New England-style yeasts were used. The hops – Azacca, X-331, Mosaic, and Citra – remained the constant. Subtle changes to the malt bill were also made, depending on the yeast variety.

Brewer-Owners from both Rueben’s Brews and Great Notion brought their house yeasts out and helped with several of the Betas. As the first “hazy” IPA Fort George had attempted in the 3-Way IPA series, everyone wanted to make sure the beer came out just as they envisioned it.

This Beta series is to test hopping techniques and varieties. The malt bill is kept non-intrusive to let the hops shine. Some techniques will help with wort yield, and will ideally help with flavor and aroma. Ingredients may change on this beer, but the flavor profile will be balanced, dry, citrusy, and overflowing with aroma.

Beta 11.1- Hop extracts used in the boil, lowered the bitterness

Floral and citrusy, Beta IPA 7.0 is the test batch for Overdub IPA, a collaboration with Tape Op – the creative music recording magazine. You can find out more about the magazine at www.tapeop.com
4.8% ABV

This is an experimental American-style hop forward IPA. This beer showcases the hops with a light body featuring Carapils malt, at around 9% of the grain bill. The Carapils malt adds simple sugars without affecting the flavor profile, as well as giving good head retention and a little something to the body. This is a crisp dry beer that gives you plenty of citrus notes, and earthy hop undertones as well. Small first hop additions and larger later additions in the beer allow for more hop flavor without over the top bitterness.
6.47% ABV

Beta IPA 6.1 & 6.2 were single-hopped IPAs brewed within a few weeks of each other. The recipes were the same, except for the hop. Beta IPA 6.1 uses the new Equinox hops from Hop Breeding Co. – Beta IPA 6.2 a slightly more established Simcoe hop, released in 2000 by Yakima Chief Ranches. These are test batches for Fort George’s fall seasonal, a 16oz canned fresh hop beer. Try them both and let us know what you think. Equinox Hops – A pronounced aroma profile with citrus, tropical fruit, floral and herbal characteristics. Specific descriptors include lemon, lime, papaya, apple, and green pepper. Simcoe Hops – Unique passionfruit, pine, earth and citrus characteristics. Known as a bittering hop with a good aroma.
6.9% ABV

This beer showcases the hops through a light body with a little addition of flaked corn at around 7% of the grain bill. The flaked corn as an adjunct adds simple sugars without affecting the flavor profile. This is a crisp dry beer that gives you plenty of citrus notes with some earthy hop undertones as well. Drink and enjoy. With the addition of what is known as brewing salts we adjusted the water chemistry to allow for more hop flavor without the over the top bitterness.
7.6% ABV

This beer showcases the hops through a light body with a little addition of flaked corn at around 7% of the grain bill. The flaked corn as an adjunct adds simple sugars without affecting the flavor profile. This is a crisp dry beer that gives you plenty of citrus notes with some earthy hop undertones as well. Drink and enjoy.
7.5% ABV

This beer show cases the hops through a light body with a little addition of oatmeal. At around 15% of the grain bill it livens up the back for the presentation of the hops. Showcasing the Mosaic and there is a side light on the Citras. This has eliminated some of the bitter notes and helps focus on the citrusy notes, which makes this the perfect session beer to enjoy.
4.2% ABV

This is an experimental American-style session IPA. This beer show cases the hops through a light body with a little addition of oatmeal. At around 15% of the grain bill it livens up the back for the presentation of the hops which makes this the perfect session beer to enjoy.
3.8% ABV

This is an experimental American-style black IPA. This black beauty of an IPA is made with Carafa 3 which is a low bittering black barley. In this addition of our beta series we changed out the types of hops used. Now coupled with the Chinook and Centennial hops it is meant to deceive your eyes but not the pallet.
6.7% ABV

For this batch of Beta, we decided to go black. We took Carafa III and added it to our malt bill. This particular black malt is super mellow; it doesn’t have that over the top roaster bitterness that you find dominant in most black barleys. So now we have an easy drinking, black, hoppy IPA for your drinking pleasure.
6.5% ABV

For this batch of Beta, we aimed for a more flocculent ale yeast to brighten up our already tasty and beautiful IPA. we did go back to the 6.5% ABV. It seems to be a nice average for an IPA. We also found with this yeast strain, the hops seem to pop a little more.
6.5% ABV

For this batch of Beta 2.2 we kept with the idea of adding a bit of the Fort George’s house Belgian yeast, bringing out a nice fruity balance to this deliciously hoppy IPA. By lowering the alcohol content, the fruit zests of both the yeast and the addition of Meridian hops were emphasized.
5.8% ABV

For Beta 2.1 we blended NW ale yeast with a dash of Belgian ale yeast just to see how the bittering hops would react. It gave the beer a fruity zest and added a different layer to the taste. All of the other ingredients remained the same. The Beta 2.1 retains that lovely golden hue and wonderful aroma.
6.5% ABV

Beta 2.0 brings about major changes. For this beer, we dropped the ABV down to 6.5%. Bringing the alcohol content down, we pulled back on our darker malts resulting in a more transparent golden gleam through the glass. These changes make the hop flavor cut through the beer in a big way. Same ingredients. Different beer.

In this version the brewers again aimed for clarity and this time hit the mark. The clarity of the beta 1.3 was achieved by not completely dropping the temperature of the beer in the fermenter before pulling the yeast and adding our hops. This helps ensure all the hop particles as well as yeast will fully drop out of suspension before the final transfer.
7.5% ABV

In this version the brewers aimed for clarity, rough aim. Here’s the tech: They lowered the mash temperature and sparge temperature. They also extended the vorlouf time allowing more starches to stay in the grain and maintain clearer wort. They also forgot to make a version 1.1.
7.8% ABV

This is the first, the original, Beta. Each one that follows will be roughly based on the initial batch 1.0. This beer is much lighter in color and malt than our Vortex IPA, and involves a new method of dry hopping. This process involves transferring the beer into a secondary fermenter already chock full of hops. Over the next two days, the brewers slowly release CO2 into the vessel to mix the hops throughout the beer.
7.9% ABV