The day after the world’s darkest beer festival the Fort George block filled up once more in anticipation of the Aftermath – the biggest barrel aged bottle release of the year. Every Sunday after Festival of Dark Arts, stout lovers line the block as they wait their turn to try one of the Northwest’s most anticipated beer releases.

The Matryoshka series first debuted in 2017. A barrel-aged version of From Astoria With Love, a Russian Imperial Stout, Matryoshka has evolved into one of the most sought after beer series in the PNW. Fort George co-owner, Jack Harris, and head brewer Michal Frankowicz created the original recipe for From Astoria With Love with Frankowitz and Barrel Baron Dave Coyne developing the barrel-aged version. Originally, the barrel-aged From Astoria With Love was going to be just that – a Barrel Aged version of its predecessor. But Dave saw an opportunity to take the stout one step further and came up with the idea of aging and releasing multiple variants of the beer. Similar to a Russian Matryoshka doll, the Matryoshka series stacks layers upon layers of depth and flavor into multiple variants of the same base stout. Now, three years later, the Matryoshka Series has released more variants than ever. 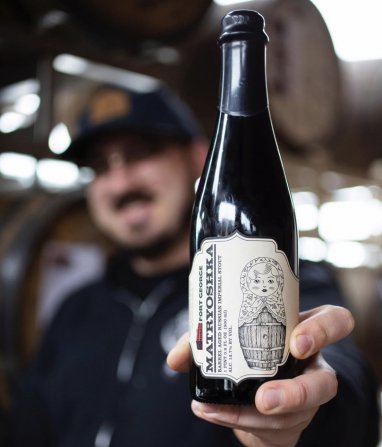 Head of the brewery’s Barrel Aging and Special Projects Program, Dave Coyne has worked with Fort George since 2013. Before relocating to Astoria, Dave was living in Southern California and had recently graduated college with a degree in Illustration. Having been home brewing as a hobby for three years, Dave decided to pursue brewing as a career path which ultimately lead him to Northwest Oregon. “I had visited Oregon several times because my sister was living in Portland and it reminded me of where I was born on the east coast, without the humidity and mosquitoes, so I knew I wanted to move to the Northwest and started looking for brewery jobs in the area.” When asked what drew him to Fort George specifically, he says “There was a craigslist post that Fort George co-owner Jack Harris had made for a ‘brewery laborer’ which is probably the least glamorous way to advertise a job. The post didn’t include what brewery it was for, just that it was in Astoria, so I sent an email and came to visit Astoria for the interview. I fell in love with the area pretty quickly and made the move up in April of 2013.”

Starting on the canning line, Dave soon began his brewing training leading him to take over the Sweet Virginia Brewery and later the barrel aging and special projects program. Now, Dave works almost exclusively on special projects, collaborations, and barrel aged beers. In addition to brewing popular, one-off beers, you can also catch Dave’s illustrations on many of Fort Georges labels including the Matryoshka series, From Astoria With Love, Wizards of The Coast, and more. The first batch of barrel aged From Astoria With Love was started in early 2016 and the Matryoshka series was released for the first time in February of 2017. The Bourbon Barrel Aged Russian Imperial Stout was the first release from the Sweet Virginia Series bottling project. That first year just two variants were released – Matryoshka with cocoa nibs and Matryoshka with cocoa nibs and raspberries. Now, in 2020, there are six variants of Matryoshka aged in Maple Bourbon, Westward Whiskey, and Woodinville Rye Barrels with additions that include coffee, vanilla, hazelnut, and blackberries amongst others. 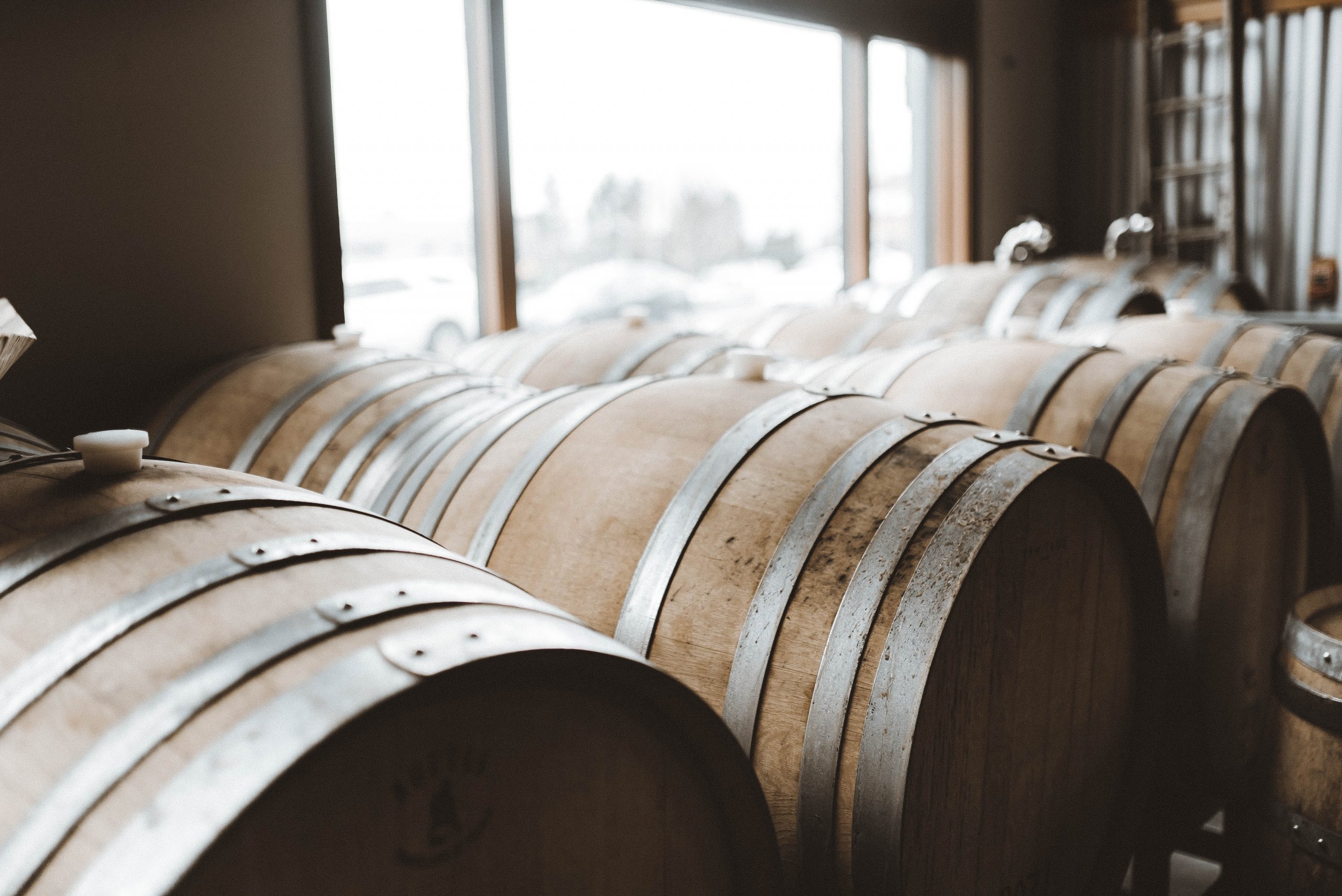 When asked how he determines each year’s variants, Dave says “Some things just always work well with Stouts like vanilla, chocolate, nutty flavors, etc. That first year Matryoshka with Raspberries really inspired the use of fruits in future batches.” Beyond that, barrels are chosen for a variety of reasons. “This year we had the opportunity to do a partnership with Westward Whiskey out of Portland. They wanted to make a Stout Aged Whiskey so they aged whiskey in their barrels, we aged stout in the same barrels, and when it was done we sent them back to Westward where they will age more whiskey in it.”  Similarly, the Bourbon barrels made quite the journey before landing in the Lovell building for stout aging. “The maple bourbon barrels obviously aged bourbon, then were sent to Vermont to age maple syrup and were eventually sent here for us to age stout in.”

While Matryoshka and the Aftermath are regarded highly amongst the craft beer community, the Sweet Virginia Series produces more than just big, bold stouts. Named after the original Sweet Virginia brew system, the Sweet Virginia Series allows brewers to curate special, one-off recipes using experimental ingredients, rare barrels, and more while also allowing them to oversee a project from start to finish. Additionally, it gives Fort George and it’s brewers the opportunity to collaborate with brewers from all around the world. This year, Fort George fans can expect more collaborations and special projects than ever. When asked what he’s most excited for in the coming year, Dave says, “We’ve got a lot of mixed culture beers coming out that are a ton of fun. This year I am really excited to focus more on a style that we’re not known for but are really passionate about.” When asked about specific projects to look forward to, he says “I am really looking forward to an international project with Koala San Brew from Brazil, and a barrel fermented beer we made with Alesong while they were here working on Malt Gauntlet. The Koala San project is a dry-hopped Brett Beer with Viognier Wine, and the project with Alesong is peach sour made with over 1,000 lbs of peaches from Gunkel Orchards in Washington.”

Due to the limited nature of the Sweet Virginia Series, bottles and draft may be hard to find outside of Fort George Brewery. You can expect a new bottle release at the pub about once a month with multiple during the month of February including the Matryoshka series, Malt Gauntlet, a Vanilla and Cinnamon barrel aged stout brewed with Alesong Brewing, and Devils in The Details, an Imperial Spiced Stout aged in Bourbon Barrels that will release on February 29th. Occasionally, when the project allows, Sweet Virginia Series bottles may be available at bottle shops around the Northwest so if you see one – grab one while you can.